Twenty-six Little Penguins were mauled to death over a number of days near their nesting areas, near Manly on Sydney’s northern beaches.

National Parks and Wildlife Service (NPWS) Ranger Mel Tyas said that a network of staff, contract fox control experts, seabird experts and community volunteers have been working around the clock to protect the endangered colony and while today marks at least five days since the last bird was killed, NPWS believe the fox is still in the area and the operation
will continue.

“We are confident from the necropsy results, the style of killings, tracks and camera footage that a single fox is responsible for all of the deaths,” “Foxes are well known for indiscriminately killing or mauling multiple animals at one time including penguins and other ground birds, but they can also be notoriously elusive and difficult to locate. “This fox is particularly cunning and believed to be both bait and trap shy, which is why it has been able to avoid pest control measures that other foxes would not. Ms Tyas said. 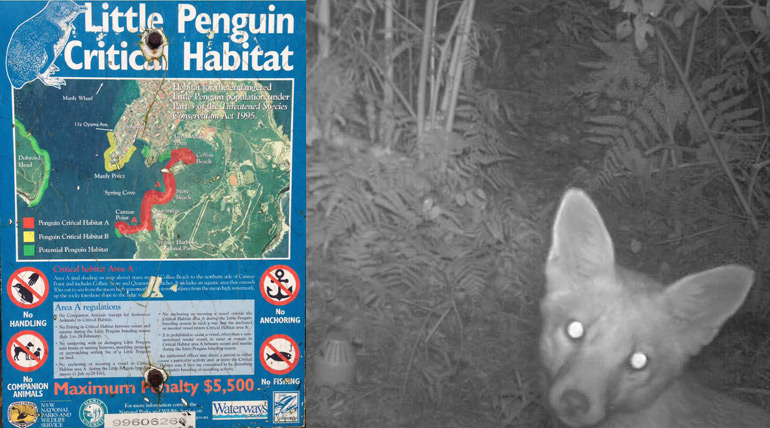 Australian Feral Management were asked to help on this site due to our experience in fox trapping and the NPWS not having the training and experience with leg hold traps in the Sydney Region. There was also limited time to trap the fox, as they needed a quick fix on a situation that was attracting large amounts of media attention.

What Australian Feral Management did to trap the foxes

Traps were checked daily for 5 days. All Non target species that became trapped were released unharmed by NPWS staff upon checking traps. Many traps were triggered with nothing caught, rats were suspected to have set off the traps. Rats have uncovered all but two of the traps while digging for bait. All traps were serviced and baited daily. In the end 7 traps had to be removed from their positions due to traps becoming severely waterlogged during the recent heavy rain. No foxes were trapped over this period 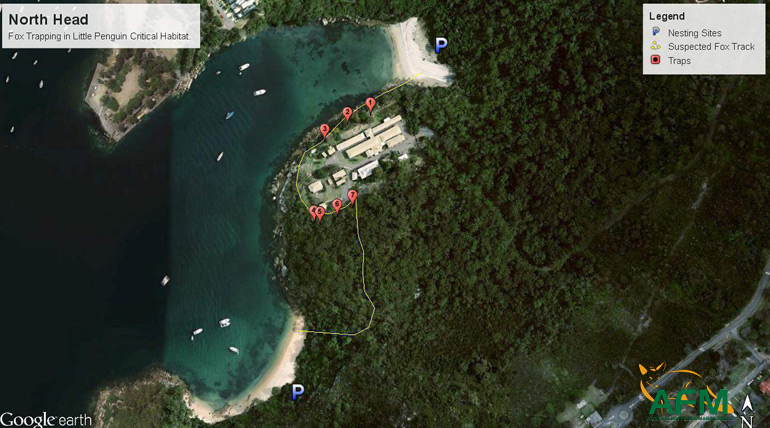 Unfortunately no foxes were caught. Heavy rains and rodent activity have made trapping this area challenging due to bait being stolen and the scented attractants reduced in effectiveness by heavy rain. If Little Penguin predation continues, a trapping program implemented carefully in the beach and foreshore areas could be effective.

Eventually the fox was shot by NPWS employees, 10 day after the Australian Feral Management program was completed. Since the fox was shot, there have been no more fox attacks on penguins in the area.

Australian Feral Management Director Steve Cope commented “It’s a shame we didn’t trap the problem fox I feel this is due to the heavy rain short programme time and the fox being trap shy due to all the methods being tested prior by others”.

Australian Feral Management have over 18 years of experience in fox control.  Over this time we have developed our own proven control programs for clients like State and Local Governments, Australian Navy, Australian Air Force, Australian Army, National Parks & Wildlife Service and both the corporate and domestic sectors.